Three college friends come together to talk about various wrestling topics. In this week’s pilot, the topic was the top 5 gimmicks.  Don’t forget to subscribe.

We want to know what you think. Who do you agree with more? In your list who would you include? Comment below.

Personally speaking, the Pro Bowl and all other all-star games are jokes. Yes, it’s great that all of our favorite players come together for one night, but really there’s no game. No one takes the event serious. It’s just another way for the NFL to expand revenue and we, as football lovers will watch anything that has football in the description.

However, there are 7 things that will be a bit more exiting than the Pro Bowl Sunday night, which is at 8 PM EST.

1. Catch up on House of Cards. It returns February 27.

2. The Royal Rumble will be happening on the WWE Network for $9.99.

4. 4th Round of the Australian Open

It was announced Tuesday that WrestleMania 32 will take place April 3, 2016 at AT&T Stadium in Arlington, Texas.

This will be the third time that wrestling’s big event takes place in the Lone Star state. Both WrestleMania X-Seven and The 25th Anniversary of WrestleMania were both held in Houston.

“WWE thanks the city of Arlington, city of Dallas and the Dallas Cowboys for their tireless efforts to bring WrestleMania to AT&T Stadium,”

“We look forward to making history at WrestleMania, while adding AT&T Stadium to the list of iconic venues that have hosted our annual pop-culture extravaganza.”

When the 2010 NBA All-Star Game had a crowd of over 108,713 in this very building. Expect the WWE to try fit more people into the building.

Shucky ducky quack quack! #WrestleMania32 is gonna be in my home state of Texas! I know you all can dig that…suckas!!!!!

Go big or go home…@WWE. @WrestleMania is coming to @ATTStadium…mark your calendars for 4/3/16. It's #GameTime

Hanging w "Rowdy" the Cowboys mascot at the @ATTStadium…home of next years #WrestleMania! (I know he enjoyed this) pic.twitter.com/9yQ5dSxu6C

This week’s Match of the Week is Shawn Michaels vs. Ric Flair at WrestleMania 24. Personally, these are two of the greatest to ever put on the boots.

Mr. McMahon told Flair that whenever he lost he next match his career would his last. “The Nature Boy” then went on a huge winning streak heading into this historic match. “The Heart Break Kid” insulted Flair by calling him Old Yeller.

These are the top 5 reasons to watch this match:

This, however, was not the last match for Flair. A year later he went to work for TNA.

This match and others are all available on the WWE Network.

You may also like a previous Match of the Week. 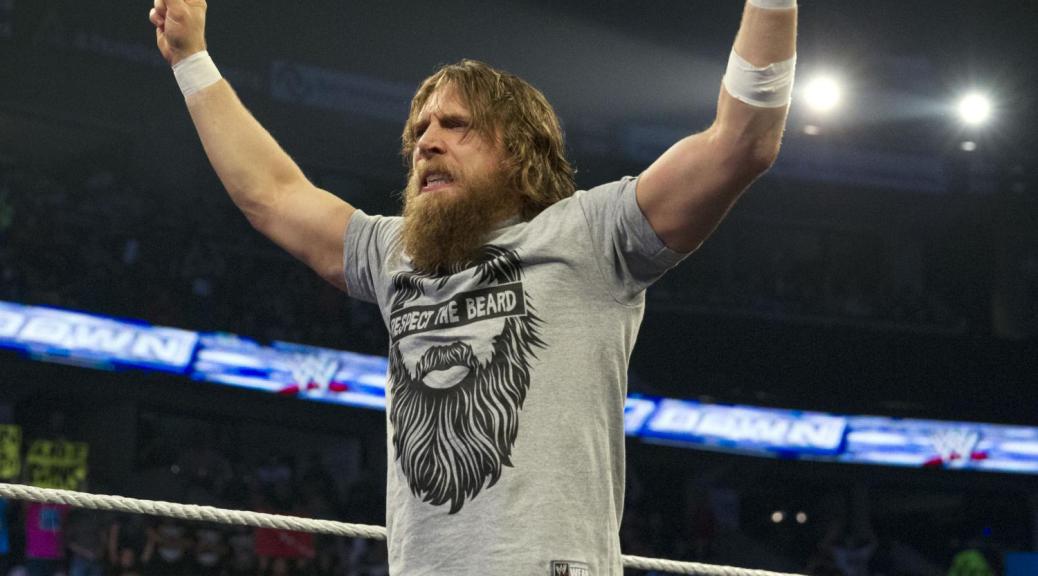 WWE wrestler, Daniel Bryan announced to the world on Monday Night Raw that he would be returning to the ring at the 2015 Royal Rumble.

Earlier in the day he posted this to Twitter:

Everyone comes to a crossroads in their life and I’ve come to mine. I look forward to telling you all about it tonight on #Raw.

This year seemed to be the year of the goat, but Bryan injured his neck earlier tis year. The leader of the “Yes Movement” said that the WWE Universe is the reason why he was able to defeat Triple H, Batista, and Randy Orton at WrestleMania in front of over 75,000 spectators.

The twenty-eighth annual pay-per-view will be held at the Wells Fargo Center in Philadelphia.

"Being in front of you guys is the only thing that has taken the pain away." – @WWEDanielBryan #RAW #YesYesYes pic.twitter.com/Nrr7wCdAlZ

Riveting, edge of the seat stuff from @WWEDanielBryan – exactly the boost @WWE and #RoyalRumble needed!

WrestleMania 13 was clearly a background for one of the greatest double turns in the history of wrestling. “Stone Cold” Steve Austin faced off against Bret “Hitman” Hart in a submission match. Anyone who knows about Austin’s style knows that he did not have a submission maneuver in his arsenal. The two figure out a way to make this match work with a little help from “color”. Enjoy this week’s featured Match of the Week.

This match is available on the WWE Network for $9.99 if you would like to see the complete aftermath.